A Terrible Tragedy, a Call for Help and No Help to be found

It occurred to me a long time ago as we move through life it is filled with a passing parade of images, sounds, events and people, much like an old movie film, frame by frame. Many pass us by barely noticed, while others stand out and we tarry in that frame and moment at least for a short while. I have found that at times God wants us to enter those frames, those moments in people’s lives to shine the light of Christ into their darkness. I share this story with you as it reflects such a moment.

Some time ago, I was stuck in a very long traffic jam on a country road (most unusual event for this road). It was many kilometres long and my first thoughts were car accident. It took a long time to get to the scene, two cars collided head on at speed and clearly people had been killed. In today’s world, very tragic but sadly not unusual. 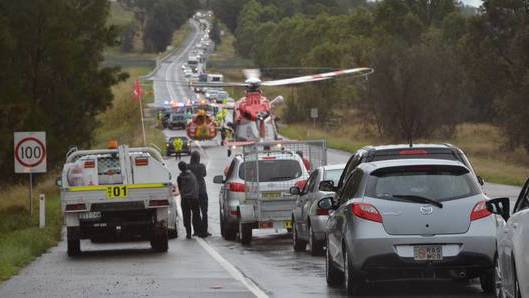 Eventually I arrived home and listened to a local news broadcast which revealed two 17-18 year old boys were dead and two critically injured.

This was on a Thursday afternoon. The following evening after a long day my mobile phone rang and I pondered whether to answer it. The number was not familiar and I didn’t really want another crisis to deal with. However that quiet divine echo in my spirit said answer it. O dear a divine appointment…… At the end of the phone was a highly agitated man who’s first words were “and I suppose you will just hang up on me to like everyone else”. Well I just assured him I would not do that and asked what I could do for him (often a risky promise). Again in a very angry voice he “stated every counsellor, chaplain and minister I have contacted has told me they won’t or can’t help me, are you going to be like that too? I assured him I would hear him out and negotiate a way I could help. In short he was a soccer coach of group teenagers and two of the team members had been killed in the car accident. The entire team and parents were in great distress and could you please help us. None of these people were Christians and so I pointed out what I was…. a Chaplain/Counsellor and Christian. Was that going to be a concern for him? He was silent for some time and then asked does that mean you will help. Yes I promised I would. He then blurted out. Thank God someone is willing too. Tomorrow the entire team and parents is meeting can you come and talk to us about how to handle the terrible pain we are in.

The next day at 10 am I went to their club house. Over 80 people were there and many of the adults had been drinking so it was a powerful mix of alcohol, grief, anger and distress.

Strange things do happen. I was introduced as a Chaplain and a Christian man. The coach said apologetically look… I tried a lot of professionals hoping someone would help and this bloke was the only one willing to do so. Clearly this introduction made an impact; there was a deathly silence in the group, which made me look for a back door if I needed it. To my surprise what I got after the shock of this revelation was tears, gratitude, incredible anguish and a lot of questions.

As I worked through their shock and grief I realised many of them had never been to a funeral and had no idea what to expect and were frightened of it. So I spent another hour taking them through the entire process step by step. At the end of session the coach thanked me and asked would I come to the funeral because it would be a great help. I agreed and he then looked at me with tears running down his face and said the parents of one of the boys have now lost all their children to car accidents over the past 12 months. Could I also help them? I agreed to do what I could. As I walked away I was struck by the grief beyond grief those poor parents were experiencing, and the complex and huge grouping of distressed people who needed to be cared for.

Somewhat shell shocked I walked towards my car to leave when a small car came careering through the cark park and pulled up beside me. Well I thought I managed to upset someone. I looked at the driver and recognised the face…. a bolt of lightning out of the blue. A fellow I had worked with for 3 years after he had served 18 years in goal. He had become a Christian, had a job and was married. I had lost contact with him when his parole was finished. He asked what I was doing, after telling him, he said “really, I knew those 2 young fellows, I bet no one else said they would help except you….Am I right? I made no comment. You’re a strange one you know….all my brothers are dead, you kept me from joining them, you put up with my bad behaviour for 3 years, when no one else would. You helped to keep me out of goal, I got a new life and following Jesus. He shook my hand, said great to see you and drove away. Well where did that come from I thought.

Earlier I mentioned life was filled with a passing parade of images, sounds, events and people, much like an old movie film, frame by frame. God put me into this frame of grief and when it was over he replayed and old frame for me to see as He knew I needed to find out what we often don’t get to see… i.e. how things turn out in people’s lives after we have stopped to help even for just a moment. Divine appointments can start a whole new way of living frame by frame.

Oops, you forgot something.

The words you entered did not match the given text. Please try again.